Get FREE SHIPPING & 20% off with the coupon WELCOME20 Dismiss

Hats are great headgear that protects you as well as enhances your overall look. With the growing popularity of hats, a lot of styles have evolved. Whether you want to buy snapbacks online or stylish beanies, both online and local stores offer a wide range of hats made using varied materials. There are many different types of hats to choose from. Some of the most common varieties of fashionable hats are:

The bucket hat has become a must-have fashion accessory for men. It has emerged as a season-less style essential. Bucket hats were originally created as headgear to protect fishermen and farmers from the rain. But now it has evolved as a favourite street fashion.

Beanies are practical headwear and are hence popularly worn in the fall and winter due to their practicality, comfort, and style. When combined with oversized street wear or loungewear, it gives a stylish-yet-casual look. Beanies are casual and comfortable accessories that bring style and uniqueness to their looks.

It is one of the most beloved caps in any wardrobe. This snapback style is particularly popular in warmer climates. It’s no surprise that trucker hats and flat bills are super popular.

Visors are adored by stars, golfers, and volleyball players. These hats were originally created for outdoor sports and have gradually become a part of trendy fashion.

These hats are designed to give a tough and rugged look. For a long time, these hats were worn by frontiersmen and mountain climbers as they hiked the terrain. These were also worn by pilots as protection against biting winds.

Fedoras are popular among both men and women, but few are aware that they were inspired by a French play called “Fédora.” A princess of the same name wore a stylish, soft-brimmed hat in the production. She became famous for this look, and women all over France had to have their own fedora.

A keen eye is required to distinguish between a trilby and a fedora. The main distinction is not in appearance, but in how the hats are worn. Trilby hats have a shorter, tilted-down brim in the front. Fedoras, on the other hand, have a wider brim and are worn at a more level angle.

This hat has an indented crown and was popularised by gangsters in the 1920s. It is a member of the fedora family and is frequently associated with luxury. In fact, the first homburg was worn by a king in Britain! Dwight D. Eisenhower and Winston Churchill both wore Homburg hats.

During the Renaissance, berets were only worn by peasants and members of the lower social classes. Since its humble beginnings, the cap has grown in popularity among fashionistas and revolutionaries.

Caroline Reboux, a milliner, invented this style of hat in 1908. She handcrafted each one and named them “cloche”—the French word for “bell.”

Nowadays, it is easy to buy fashion accessories from online stores. Whether you are looking to buy tank tops online, want to buy a sweatshirt online, or want to buy trendy snapbacks online, most popular fashion stores offer a varied range of stylish accessories to suit all budgets and needs.

Buy Clothes and Accessories On... 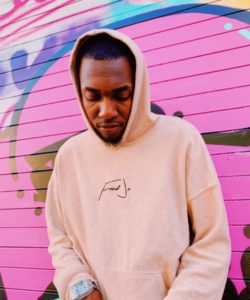 Buy Clothes and Accessories Online to Complete your Look

February 25, 2022
With the emergence of online stores, it is now possible to buy fashionable clothes and accessories from the comfort of your home. Whether you are... Continue reading 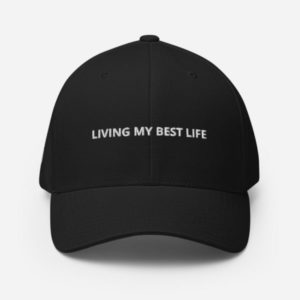 November 2, 2021
There are many different varieties of hats available online as well as in brick and mortar stores. When you purchase hats online, it is important... Continue reading

Why do people prefer to shop for clothes from online stores?

March 21, 2022 Comments Off on Learn How to Buy Men’s Jogging Suits

February 25, 2022 Comments Off on Buy Clothes and Accessories Online to Complete your Look

January 13, 2022 Comments Off on Exploring the Different Styles of Fashionable Hats